If you Follow me on social media (I am @travelprofessional1 on IG) you’ll notice that I have more photos of my dog than of anything else.

Actually, I now have fewer photos of Tia on my IG account than I did before….and that’s because I set up her own account @tiathechi

I’ve always had dogs in my life, ever since I can remember, and every single one has been special in his or her own way.

It’s been about seven years since I welcomed Tia into my life. I had another dog at the time, Milo (Shih Tzu, amazing little guy!) and I felt that Milo needed a playmate since I was working from home at the time, which was great, but I was WORKING so I didn’t have much time in the day to play with him and I thought a playmate would be good for him. He was only 4.5 years old.

Tia was one year old when I became her “Guardian”.  No, I’m not her “Owner”, as she isn’t a thing, she’s a living, breathing, sentient being and therefore can’t be “owned”.

Tia and Milo got along great! I wasn’t sure how Milo would react to having another dog to share his Human with, but he adapted easily and quickly. Tia is a Chihuahua-mix; her papers say she’s Chihuahua and Pomeranian but I find that doubtful….she has the body of a Jack Russell, not a Pom. But she for sure has the Chihuahua trait of being territorial and protective of “her” Human so when she became friendly with Milo was a big milestone for us all.

All was well until March of the following year I got Tia. Milo was a completely healthy dog; his vaccinations were all up to date, he was getting groomed regularly (he got groomed once every six weeks, I got a haircut twice a year haha!). Milo started vomitting on the Thursday and by Saturday he had passed away in my arms. I was beside myself with grief. I still miss him, he had such a sweet disposition and everyone who met him loved him. As it turned out, we discovered it was the dried duck treats from Costco that I had given him that made him die so suddenly.

So now, Tia is the dog-love of my life, and there’s little that I wouldn’t do for her.

If you’re reading this blog post, I think it’s probably safe to assume you are already a dog lover, or you’re interested in getting a dog, so possibly it may seem silly for me to tell you how to love your dog, because every human is different and every dog is different, but I’m going to offer some advice here nonetheless.

So here we go, five ways you can show love to your dog.

1.  Educate yourself and do your homework.

Please, before you even get a dog, do your homework! As I said, dogs are not THINGS, they have feelings and are very sensitive creatures; you would be cruel to get one and then decide, “Nope, don’t want a dog anymore”.

I’ve heard so many people say, “Oh yeah, I got the dog, but then discovered that __________is allergic“. Fill in the blank with child, wife, husband, girlfriend, boyfriend, partner, etc.

Do your homework!  Find out beforehand if there’s an allergy issue.

If you’re getting a specific breed, make sure you educate yourself on that breed. A Husky puppy is much different than a Chihuahua puppy.

Where are you getting your puppy from? By this time, I’m hoping everyone is aware of back-yard breeders and the harm they do, so please don’t support them. In getting your dog from a backyard breeder, you are only encouraging them to continue to abuse and mistreat these wonderful creatures. Same goes for buying a puppy from a pet shop…again, puppies are not THINGS.

I found Tia via Kijiji. The family she was with at the time had had a change in circumstances (second marriage and the husband was very “alpha”….Chihuahua’s don’t do well with alpha energy) and they decided they couldn’t have her anymore. Sad for them, AMAZINGLY awesome for me! And for Tia amazingly awesome too, because I am very zen, and she thrives on my energy.

Whether your fur baby is a puppy or a mature dog, big or small or somewhere in between, he/she NEEDS exercise.  Generally speaking, we humans have gotten very lazy as our society has become one of more and more conveniences, but dogs have not devolved to being as sedentary as we humans have become.

How much exercise your dog will need will depend on a few things, but generally speaking, a minimum of 30 minutes per day is recommended.  Most healthy dogs can do up to an hour or two of moderate exercise; some working-breeds need even more, but again, that will depend on your dog.

Tia has gotten very good at communicating, and more importantly, I’ve gotten more adept at understanding her communication to me, when she’s tired of our walk, and so I carry her (she’s small, so I can do this). If I’m going on a very very long walk (more than two hours), then I take my wagon and when I know she’s tired, I let her ride.

If your dog is “misbehaving” or “being crazy” or “destroying the furniture” it’s more than likely because he or she needs exercise.

3.  Feed your dog the best, high-quality food you can afford.

Dogs aren’t stupid, they know what’s good for them.  I personally don’t know if I’m gluten sensitive, or lactose sensitive, or what’s irritating my belly, but Tia knew well before I did what was irritating her belly (corn and corn by-products), so she stopped eating kibble.

Then I discovered raw food.  BINGO! Even before I turned my back to put the remaining portion in the fridge, her dish was licked clean, she looked happy and was almost prancing with joy.

I get my raw food (which is frozen patties) from Paws Evolution, in Waterloo, Ontario.  The brand I get for Tia is from Tollden Farms: http://www.tolldenfarms.ca

Tia’s kind of fussy; I tried various meats but she clearly prefers beef. I thought maybe she’d get bored of eating the same protein, so I’ve tried others (like boar for instance), but she is quite firm on what she wants to eat, so it’s beef all the way now. I get her the beef and vegetable blend, and then to add some variety, I get the beef and botanical blend.

I too am kind of fussy, and will only consume things I can pronounce….same goes for what I feed Tia….here’s what’s in Tollden Farms’ meat and vegetable blend patties:

I know several people who have switched their dogs diet from dried kibble to raw and their dogs are loving it! I know there’s some misinformation about feeding raw to your dog, but again, if you educate yourself, there’s no need to worry.

I’m an introvert. I like peace and quiet and don’t do well with a lot of chaos.

For the first, approximately six years, of Tia’s life with me, she’s been “an only child” and by association with me, also an introvert (or so I thought).

Our previous routine (prior to October 2020) was to go for daily walks, at minimum twice a day, during the pandemic it was four or five times a day. One day, actually, when I was still adjusting to being laid off work and having so much time on my hands, Tia was laying on the sofa in her bed, all curled up cozy, and I asked her if she wanted to go for a walk (because I wanted to go for a walk haha), and I swear, she looked at me and rolled her eyes lol.

Since October 2020, when we moved in with my sister, Tia’s had to adjust to sharing her life with other dogs…fosters, “in house” and those coming for training, plus, a tiny kitten, and more humans than she’s used to. She’s also had to learn all the smells in the new neighborhood, and how to act with the dogs we encounter at the dog park (our previous neighborhoods didn’t have dog parks nearby).

Photo: Monster (the kitten) and Tia

Photo: Maximum (my sister’s Great Dane puppy), laying on “Tia’s” purple toy, and Tia, patiently waiting for him to get off of “her” toy

You might be an introvert too,  but your dog isn’t.  Dogs are pack animals and more often than not, they’re happiest when they’re with other dogs.

Socialising your dog teaches him or her how to react to the world, in a healthy way, without unnecessary fear or aggression. If you have an older dog, like Tia, who’s eight years old, don’t think “it’s too late”….it’s never too late. You CAN teach an old dog new tricks (heck! I NEVER dreamed I’d have my own blog, and yet here we are lol).

Do you remember, as a child, being bored?  What did you do then?  More than likely, you found some trouble to get into.  A dog will do the same.  If he or she, especially when they’re young pups, doesn’t have something to keep himself/herself occupied with, he or she will look for ways to occupy himself/herself, and that could result in chewed up shoes, or furniture, or if he/she is outside, digging up the garden.

If you’ve become the new guardian of a working-breed puppy, then stimulating them is even more important; if you don’t give them a job, they will likely find one, and it might not be one you’re happy with.

Here are a few ideas on how to stimulate your dog:

And there you have it. Five easy ways to show love to your dog.

Thanks for giving me five minutes of your time today!

All Comments are moderated and if found to be disrespectful will be blocked. 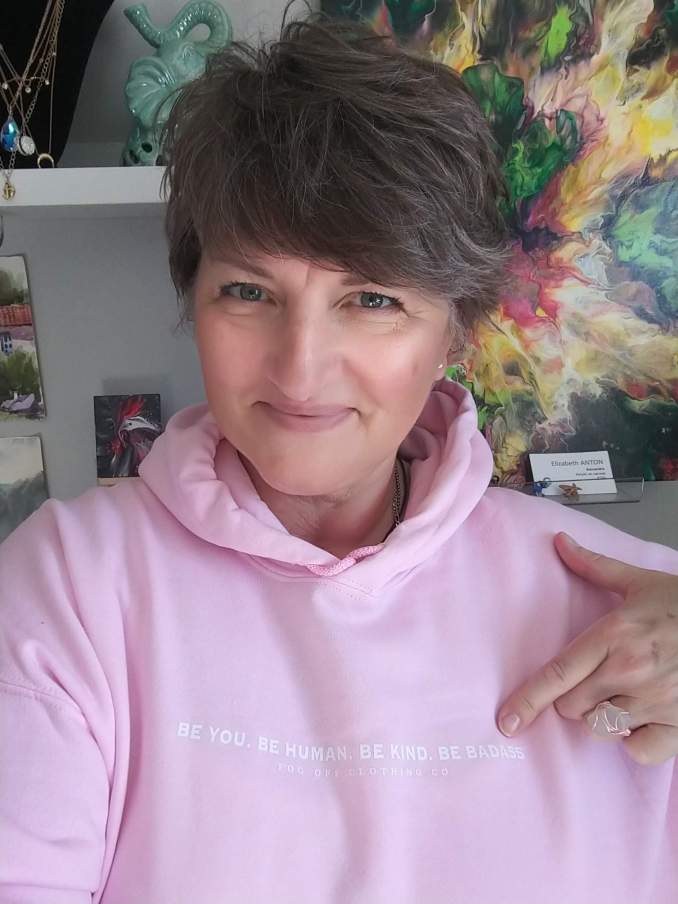 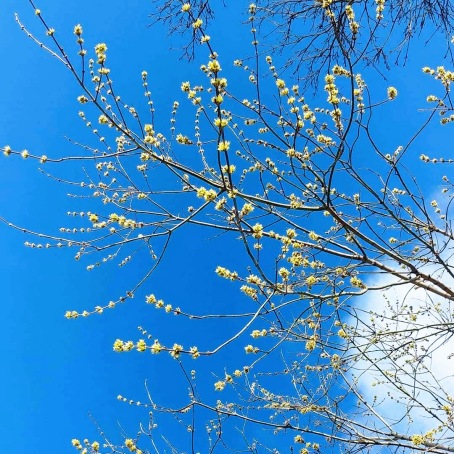 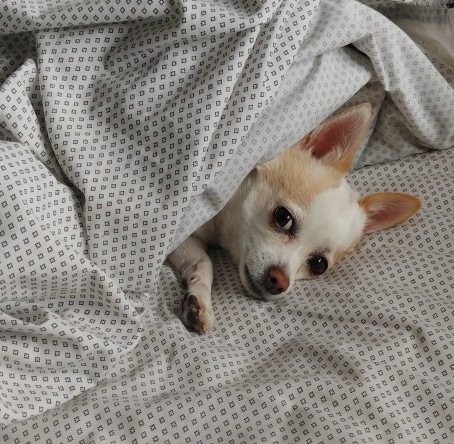 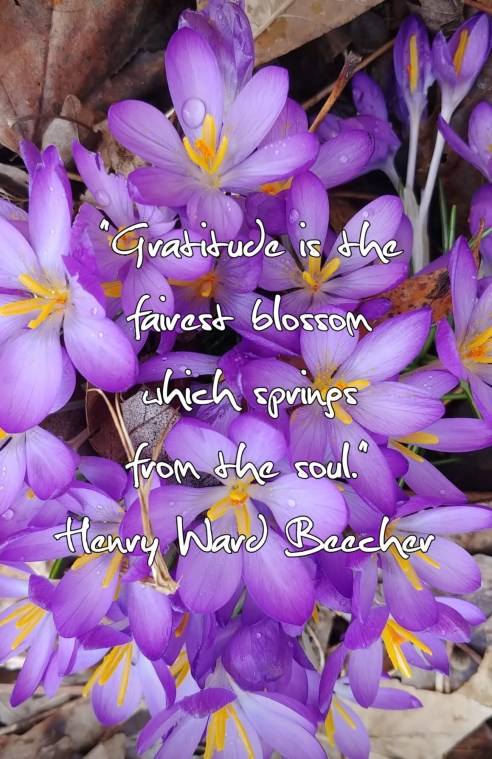 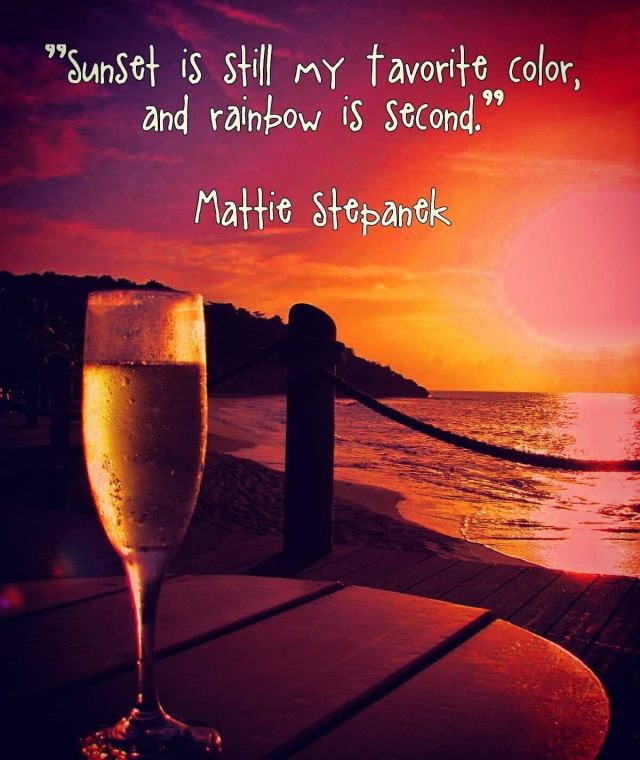